Find Vape Shops Near You With Our Interactive Map Below
Home » Vape Shops » Is Second Hand Vaping Safe? 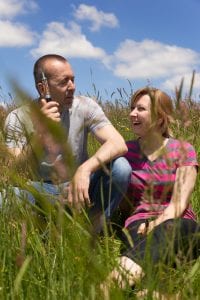 A lot of research has been done into vaping and its effects and there are conflicting reports. Bavarian Health and Food Safety Authority identified that vaping has a negative impact on the indoor air quality. It’s been found to increase the amount of particulate matter, nicotine, aluminum and PAHs in the air.

Another study conducted in homes under ‘real-use’ conditions found that vaping increases the airborne nicotine. Also, in homes with where people smoke combustible cigarettes, the nicotine is at least 5.7 more airborne.

Another experiment conducted in a lab found the same levels of cotinine (a serum used to measure the levels of nicotine) in anyone exposed to smoke from combustible cigarettes as well as those smoking e-cigarettes.

Another group of researchers identified that short-term exposure to e-cigarettes didn’t lead to poor lung function or increased inflammation often linked to cardiovascular disease. In the study, the volunteers exposed to second hand smoke from combustible cigarettes experienced these 2 negative results.

Most of the research concentrates on nicotine because it’s one of the byproducts of e-cigarettes. It’s important to learn more about nicotine and how it causes harm. Note that, nicotine is found in tobacco cigarettes. However, it’s not the only harmful ingredient.

Carbon monoxide, tar and other dangerous chemicals are responsible for serious illnesses as well and death because of heart disease, poor lung function and cancer. Nicotine is a dangerous compound found in tobacco.

It’s very addictive and can make people hooked on other carcinogens. Most of these carcinogens are found in low levels in e-cigarettes while others are not present at all. That’s why vapers are using e-cigarettes to get their daily dose of nicotine without smoking regular cigarettes.

e-Cigarettes are not approved by the FDA as a way to combat smoking, many vapers are using it to switch from regular cigarettes. Therefore, one of the main points in favor of e-cigarettes is because it can aid in reducing tobacco addicts.

On the other hand, since smoking is not allowed indoors, e-cigarettes make it easier to smoke indoors. Therefore, they are a powerful incentive to ditch tobacco cigarettes. There is no need to rush outside when it is cold to smoke. You can simply do so indoors with your e-cigarette and get your nicotine fix without any hassles.

In the US, abandoning tobacco cigarettes is a key health policy objective. However, banning indoor vaping would go against this health policy. On the other hand, allowing vaping in areas where smoking is prohibited will minimize the discomfort or the withdrawal symptoms experienced by vapers when forced to share smoking zones with regular smokers.

If you have ever tried to ditch tobacco smoking, you should know that the withdrawal symptoms are quite uncomfortable. If you see other people smoking around you, it might be hard to ditch smoking altogether. Actually, you will feel the urge to smoke a cigarette if you smell the whiff of tobacco.

The best advice is to ditch people who are smoking around you if you want to quit. However, if you move to vaping and there are other tobacco smokers near you, it might be hard to do so. Actually, you will want to smoke the real thing and ditch vaping altogether. Vaping is an ideal way to ditch smoking but it must be done away from regular smokers.

What are the benefits of CBD Oils?