Find Vape Shops Near You With Our Interactive Map Below 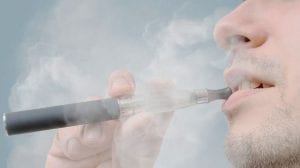 Vaping terminology is like its very own language. This terminology can be very challenging for traditional smokers and anyone else who is a vaping beginner. In this vaping guide, we include all of the most important terms that you should know to be introduced into the vaping world. Now that you are familiar with a little vaping history, you should review the descriptions of the following terms in order to help you understand the rest of this guide. There is also a list of the more technical, obscure terms at the end of this guide.

Adjustable Airflow – It is essential for air to effectively flow through the atomizer in order to produce vapor and for it to be inhaled. That is why all atomizers need to have efficient porting mechanisms. So there needs to be a hole to allow in the airflow. Many of today’s devices come with adjustable airflow. This allows you to alter the amount of air flowing through the atomizer. That makes it easier to inhale vapor. More vapor is also produced. Typically, adjustable airflows work with a rotating sleeve that makes it convenient and easy to adjust.

Atomizer – It is important to know what an atomizer is since it is the most critical component of a vaporizer. An atomizer is typically comprised of a small tube and that has a metal coil. Usually, the metal is Kanthal, and the coil surrounding cotton saturated in vape juice. After the power is activated, the coil heats up, and vapor is then produced from the e-liquid.

Batteries – There are two kinds of vaporizers you can choose from. There is one type that has a built-in battery that you cannot change. The other type of vaporizer comes with rechargeable and removable vape batteries. Vaporizers that have built-in batteries typically have a charging cable that allows you to recharge your device whenever it is necessary. There are also some vaporizers that have removable batteries that you can purchase separately and then change them as needed. The 18650 battery is the most common type of vape battery. With 18650 batteries it is recommended that a separate battery charger be used.

Pay close attention to the rating of the battery, since you want your batteries to lave long enough so you won’t have to replace or recharge them too often. Usually a battery rating in mAh or milliamp hours. Higher rated batteries last for a longer amount of time, so when you are shopping around keep that factor in mind. Another factor you need to watch for is the battery’s amperage rating since that determines whether or not it is compatible with specific MODs, with batteries that range from 10A amps to 35A.

Box Mods – These make it easier to be able to enjoy advanced features of your vaporizer without having to do a lot of tinkering. Box mods are in the shape of a cylinder or box and both of them allow for many features. They include setting variable wattage and voltage, adding batteries, and also a supplementary tank. Be aware that box mods are not compact and might detract from a smaller device’s elegance. The functionality that is enjoyed in a box mode is partly determined by the chipset that is used by the box mod. Some allow the vaping variables to be finely calibrated.

Several mods are made by Mig Vapor. We offer the WTF, a mini vape mod, that has been designed for precise control for the user. Our Morpheus Mod is a true vapor beast that does all of the work for you and no user inputs are required.

Squonking and Coil Building – It isn’t necessary for you to sue an off-the-shelf vaporizer. Many options are available to you for building your own deck. There is a range of various custom kits that you can choose from, including rebuildable tank atomizers (RTAs) and rebuildable dripping atomizers (RDAs). Building coils on your own can be quite a labor-intensive process. For some DIY vapers, coil building is an art form. However, it is critical to clearly understand OHMS law before you try to make vape coils on your own.

Squonking is a vaping style that depends on a user making their own coils using an RTA or RDA. A pliable vape juice bottle gets built into the box mod device body with a squonk mod. The bottle is squeezed by the user to pump e-juice into the atomizer’s base. The squonking trend recently has slowed down, with Mig Cigs and pod vapes have been adopted by many vapers. Coil building and squonking are not for beginning vapers.

Cartridge – If a tank is not used by your e-cig, it will use either a cartridge pod or cartridge. The cartridge connects with the battery. It’s easy. Just connect the cartridge and start vaping. Cartridges are disposable and you can easily switch them out for a different flavor.

The easiest to use for beginners is e-cig cigarettes. For beginning vapers, we recommend that they start out with refill cartridges and a Mig Cigs kit. Choose the flavor and nicotine level that you want.

Cartomizer – This is a term referring to an e-cig refill cartridge that attaches onto a cigalike. Cartomizers resemble a cigarette filter.

Coil – This is the key component of the vaporizer. Typically a coil is comprised of a compact tube containing two leads, one positive and one negative. The coil makes contact with the e-liquid on one side and the battery on the other side.

Coils also are referred to as the atomizer head. They are wrapped so the resistance may be lowered and raised. Resistance increases as the number of wraps are increased – and resistance is lowered with fewer wraps. Lower resistance enables increased wattage.

Dripping – Compared to an atomizer rationing the e-liquid automatically for you, dripping is a manual method where e-liquid is manually dripped on the coil. However, using dripping incorrectly can be dangerous since a mismatch in current and resistance may result in battery failure or a fire. Also, keep in mind that it can be difficult to make custom vape coils.

Coil making and dripping are not as popular as they were in the past. Vapers these days tend to prefer the easy to use methods. With new technologies, vapers can be satisfied from easy to use, small vapes.

E-Cigarette – Vaporizers are available in many forms and shapes, but the cigalike is the type that many people are aware of. It is a cigarette-style device that closely looks like a cigarette. E-cigarettes also are called e-cigs. All of the essential vaporizer components are contained in e-cigarettes in a compact, slim form which includes the atomizer and liquid tank.

E-liquid – This is the fuel of your vaporizer. Typically, e-liquids contain a blend of PG, VG, and nicotine. VG is short for vegetable glycerin, which also is contained in foods and cosmetics. PG is short for propylene glycol and is also contained in toothpaste, shampoos, and medications. Your vape juice, or e-liquid, is then converted into vapor. The kind of e-liquid you select has a major effect on how your vaping tastes. When choosing an e-liquid, you also can select your nicotine strength.

Propylene Glycol – A delivery mechanism is needed by nicotine, and propylene glycol, or PG, is one of the two main liquids that help nicotine get into your body via the vaping process. Propylene glycol gets used for transferring many different substances and is considered to be safe for humans to use. From a practical standpoint, propylene glycol is also found in inhalants that are used in medicine, which include those used by those with asthma. Propylene glycol can potentially cause an allergic reaction that it is rarely dangerous, with the main side-effect being a scratchy throat.

Sub OHM Vaping – Although it is a technical-sounding term, it has a basic technical definition that involves vaping where atomizer coils have a lower than 1-ohm resistance. With lower resistance, more power gets drawn from the battery. This, in turn, produces more vapor from your device. There are also some vapers who believe more flavor is produced by sub-ohm vaping while other people just like to see a room full of vapor. Another thing that should be noted is that sub-ohm vaping needs to be done very carefully since it can place stress on your device, and also there are personal injury risks. It is not recommended that beginners use sub-ohm vaping.

Temperature Control – The coil’s temperature affects a number of different vaping experience aspects. This includes the amount of vapor that is produced and also the taste of the vape. That is why many companies that make more advanced vaporized include temperature controls that allow you to change your device’s heating settings manually.

Remember that your coil’s heating setting with interaction with other device features, which include the kind of e-liquid that you use. There are some advanced vaporizers that have pre-set temperature settings that are, for example, made to match a choice of titanium or nickel wiring.

Vapor – This one is very simple. Vapor is the glass cloud that your vaping device emits.

Vaper – This refers to the person using a vaping device, whether that is a mass-market e-cigarette or a custom vaporizer.

Vegetable Glycerin – This is one of the two materials contained in e-liquid that function as the nicotine’s base. The second one is considered to be vegetable glycerin. Also, referred to as VG, it is mainly made out of plant oil, which often has a sweet taste. Using vegetable glycerin instead of propylene glycol does have benefits to it, partly due to it producing less of a throat hit compared to propylene glycol.

About Vape shops Near Me